'WARF retained Jeanan to help us with campus communications regarding a very large, complicated but exciting project called the Wisconsin Institutes for Discovery. She has been terrific to work with. She is very well organized, is a self starter but pays close attention to the needs of her client. She also understands communication and always uses a positive approach in challenging situations. Hiring Jeanan was a good decision and we will continue to use her services.'

'It was my pleasure to work with Jeanan over three years (2013 - 2015) as she led the senior management and Board of Group Health Cooperative of South Central Wisconsin (to which I was a consulting advisor) in strategically planning GHC-SCW’s long range opportunities in the midst of federal and state health care reform. She displayed a strong and continuing capability in consolidating complex concepts and multiple options into concise, core pathways for her organization to consider. Jeanan blended strategic thinking and her facilitation skills to help management colleagues and the Board navigate through a fast changing, if not turbulent marketplace that was rippled with multiple considerations. She is adept at change management and uses her excellent communications skills to keep teams on task and meeting important mileposts of progress. I can highly recommend Jeanan for those most challenging situations that are comprised of multiple inputs while requiring thoughtful, strategically oriented outcomes.' 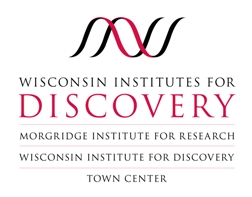 'Successfully accomplishing complex projects requires effective vehicles for diverse groups to express their hopes and dreams as well as their concerns. Jeanan understands the value proposition that focused input is an important success factor to any worthwhile undertaking. She is uniquely skilled at organizing projects and professional events that require excellent planning, flawless execution and effective facilitation that produce great results.'

Jeanan is an exceptional business and communications strategist. She also combines intellectual fire power with a deep passion for improving the human condition in her community and also for the world around her.

'CUNA & Affiliates has worked with Jeanan for many years. She consistently delivers the highest quality results on difficult, demanding projects. We wouldn't hesitate to recommend her. She's the best.'

'I had the pleasure of working with Jeanan on the planning and execution of the inaugural Wisconsin Entrepreneurial Bootcamp (WEB). Her dedication and innovation were keys to the success of this first-time program. Given the very tight timeline we would not have been able to pull it off without her energy and detailed organization. She is clearly a person you want on your team and she can be counted on to successfully deliver on all facets of a program.'

'It is always a pleasure to work with Jeanan Yasiri and Brenda Gonzales. They have provided several excellent trainings for us on the topics of good communication and creating welcoming clinic environments. Their extensive experience in these areas is evident in the practical utility of the information they share, and they engage audiences with their warmth and professionalism.'

'Jeanan Yasiri is a seasoned health care administrator with the will to tackle the tough issues facing the industry and its patients today. She builds effective teams, perceives subtle connections, delivers powerful results and builds capacity in her clients to manage similar issues in the future. She and her associates Brenda Gonzalez and Christy Mokrohisky have developed creative and culturally integrated models for community engagement that will revolutionize patient-centered health care delivery. Smart, efficient and forward thinking, Jeanan and her associates move their clients beyond 'whether' into 'how', tapping the essential creativity and commitment of everyone at the table.'

'Jeanan Yasiri and Christy Mokrohisky have provided a wide scope of service to Access Community Health Centers that have advanced our donor development and our organizational mission to care for our community's most vulnerable patients. Projects have ranged from complex program design in the area of pharmaceutical access to launching annual fundraising efforts that have brought us excellent exposure among new donors and community partners. Yasiri and Mokrohisky quickly assess our needs, develop workable plans and strategies and accomplish their tasks within the established timelines. Additionally, they have developed programs that will result in tens of thousands of dollars in savings for our organization. They don't just meet our goals, they exceed them! They have the skills and drive to conceive of the plan and get the work done on deadline! I recommend them unconditionally!'

'I hired Jeanan Yasiri to develop an advocacy and community service presence for Dean Health System during a time of significant corporate transition. Her skills in program design and community networking turned a corporate concern into a model for other health care organizations to follow. The 'Community Care' programs she developed earned the organization national recognition in 2002 by the Medical Group Management Association and the American College of Medical Practice Executives with the 'Fred Graham Award for Innovation in Improving Community Health'. Jeanan's zeal and passion for improving access to health services for those who need it most has created an invaluable program for residents in Wisconsin and beyond.'

'Jeanan developed more than 20 program areas for Dean Health System that not only garnered extensive community accolades as innovative models in providing care, but also placed Dean Health System in the national spotlight. She designed and executed economically sound models of care for a growing group of challenged patients. All the while she was exceptional at keeping our physicians and staff engaged in the process. I am pleased to recommend Jeanan for any project that can use her ability to facilitate change, build teams, manage difficult scenarios or develop innovative program efforts. In including Jeanan you will be including a woman of exceptional integrity, poise and intelligence.'

'Over three years, Jeanan served as the administrative lead for a physician task force in our organization charged with identifying solutions to difficult access and productivity issues. The manner in which she managed the work of this task force and the relationships between doctors and management was what gave me hope and fueled my determination to pursue needed change in the organization. I saw from those interactions how things could be if a team were run effectively, even one focused on contentious and complex issues. It was the committee she ran that I was actually eager to attend, because she did it so well and because progress was rapid and constant. The projects initiated and pursued by the task force are being implemented today and are bearing fruit within Dean as we transform from within. Jeanan taught me a lot, for which I am forever grateful.'

'When Dean Health Systems realized that significant change would be required to continue to thrive, several initiatives were advanced to stimulate this necessity. As part of this change management effort, I chaired a Practice Management Task Force and worked closely with Jeanan Yasiri on the daunting task of engaging the organization in improving patient access, physician productivity, and practice capacity.

Jeanan was largely responsible for organizing and developing the various analyses and ultimately the solutions the Task Force required. This was successful in large part due to the true 'physician-administrator' team concept employed by the Task Force. During this often challenging discussion of physician change, I found Jeanan to be insightful, prepared, and able to 'think on her feet'. Jeanan made excellent use of the human resources available to the Task Force.

Ultimately, the Task Force developed innovative benchmarking tools to assess access, performance, and capacity. While controversial, all were eventually unanimously approved by the Board of Directors. Much of the credit for this again must be directed Jeanan’s way. Her willingness to broadly understand these difficult issues, come up with creative solutions, and make them understandable to her physician colleagues on the Task Force was impressive. Jeanan Yasiri certainly has shown her exceptional ability at engaging a physician-administrator group and developing a sound, creative, solution while working with the DHS Practice management Task Force. I would highly recommend Jeanan to any organization seeking thoroughness, organization, and creativity in their problem solving.'

Comments from the late Dr. Karl Rudat provided in 2006

'I have practiced at the Dean Medical Center for almost 30 years. During this time I have had the opportunity to serve on a variety of developmental, structural, and governance committees. One of the most effective and efficient committees was the Practice Management Task Force that Jeanan co-chaired with Dr. Paul Huepenbecker. This was due to the superb management team she assembled and the concept that management and physicians work together to find solutions for their organizations. Jeanan’s commitment to engaging physicians in change in productive ways is evident through her approach to partnering with them. I recommend her without qualification.'

'Jeanan and Christy had the enthusiasm, will and passion to bridge the gap between three large health care organizations in order to help us create and maintain a free asthma clinic which meets the needs of a medically underserved population. They were able to build consensus among various health care and community organizations, as well as address a variety of issues and challenges to our business model. Their impact on this group of patients and their families was far reaching and had the effect of tremendously improving the health and welfare of those served at the Clinic which continues to serve patients throughout our area today. Jeanan and Christy are a team which is creative, innovative, resourceful, insightful and efficient. Without reservation, I strongly recommend them.'

'I have had a long association with Jeanan through the University of Wisconsin-Madison. Jeanan brings a thoughtful and energetic presence to her work, and has dedicated her personal and professional career to assisting organizations address complex issues from board development to community advocacy. Jeanan has played a strategic role on the Human Ecology Board of Visitors and in developing a Center for Nonprofit Leadership on campus. She has brought diverse community-based agencies together by fostering an environment of trust, credibility and collaboration.'

“Jeanan Yasiri has an intuitive ability and professional wisdom to coach organizations to recognize and service our patients, customers and communities in broad reaching ways. In the past ten years, I can distinctly report that Jeanan has aided me and many others in focusing on the customer centric realities and opportunities that will achieve future business success and market opportunities. She has the knack for identifying and getting to the core of any issue or opportunity so that visions become realities and realities become achievable!”

“Jeanan helped us in securing funds through grants and sponsorships. She took the time to learn about our mission and genuinely cared about it and wanted to make sure we succeeded. Not only did she produce great results but she also went above and beyond what was asked of her. She was a joy to work with and there is no doubt that I will be seeking her assistance again in the future.”

“Over the course of a decade Jeanan has been instrumental in helping us raise essential community funding, and in engaging influential members of the community on our behalf. Jeanan has outstanding communication and development skills. She brings a strategic approach to fund development and the ability to engage that has proven fundamental to our success. She regularly and effectively represents our work and our organization with grace, passion and energy.”

'Jeanan Yasiri conducted a training for our “Engaging Our Communities” conference and was an inspiring and marvelous addition. Our participants told us she helped them think differently about collaboration including seeing the benefits from connecting with non-traditional stakeholders. She accomplished this in an engaging and thoughtful way. Jeanan inspired us with great information and presentation skills. Her ideas were terrific.'